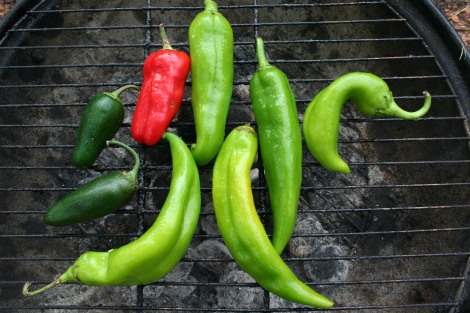 If the kitchen is a woman’s domain, why are there so few female chefs?

It’s easy to cry sexism, but of course it’s much more nuanced than that. If you ask female chefs, some will point to the boys’ club atmosphere, while others say that investors aren’t serious about putting money into a kitchen run by a woman or that men are more willing to overlooking the unappealing hours, pay and work environment.

Paula Forbes, the Austin-based editor of Eat Me Daily, has an interesting post about why, despite the high she got from working in male-dominated profession, she quit the restaurant industry:

There’s a discussion that occurs in feminist dialogue concerning choice: do women have a responsibility to improve the perceived status of their gender through working certain (influential, well-regarded) jobs, or does feminism mean that women have the luscious and heady freedom to pursue whatever career they choose? This conundrum pits second and third wave feminists against one another, and often comes up in the context of stay-at-home moms or sex industry workers. In this context, however, it makes me wonder: do I have a responsibility to feminism to continue seeking employment as a cook?

In the end, she writes, “I saw opportunities in the writing world that I didn’t see in restaurants.”

I started working at a newspaper around the same time that many people start working in the restaurant industry. In fact, I took my first and only restaurant job (as a hostess at a cafe outside Austin) to make pocket money the summer before I finished journalism school.

You couldn’t have paid me enough to work in that kitchen. Even though the cooks probably made more money, the long, sweaty hours frying hamburgers and chicken fried steaks seemed like slave labor compared to the $6 an hour I made seating guests and wrapping silverware and pralines. All the hosts were women and all the cooks were men.

Culinary school never crossed my mind until I got into food writing, a profession that is as dominated by women as restaurant kitchens are men.

I didn’t anticipate I’d end up in a female-dominated sector of the journalism industry. My first editor was a run-with-the-boys woman whom I admired for inciting fear in our portly publisher and grease-covered pressmen.

In journalism school, there were roughly the same number of male and female students, except in the television sequence, where the pretty faces seemed to flock. I was drawn to the competitive nature (and masculine air) of the newspaper newsroom, which is what I imagine draws many women to culinary school and restaurant kitchens.

But at some point, I wandered from hardcore news reporting and into narrative feature writing, which had a distinctly feminine vibe. You still had to ask the tough questions, but listening to what people were saying when they weren’t talking became more important than how much dirt you could get public information officers to spill.

When the opportunity to write about food came my way, I didn’t have any official culinary training. My journalism degree proved that I knew how to write, but my gender was proof enough for my bosses and readers to know I knew how to cook, regardless of if I actually did. 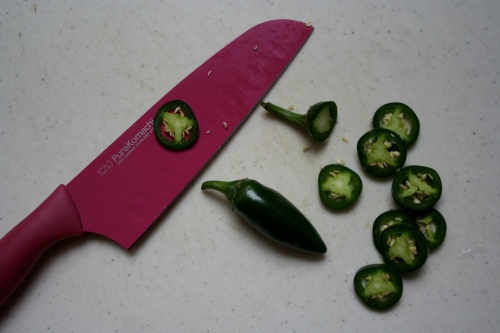 Why so many women food writers?

I don’t have any official numbers, but I’d estimate that 80 percent of the food writers (and bloggers) in this country are women, and 90 percent of restaurant, cookbook and other food-related publicists are women.

Why? For the same reason my fellow hosts that one summer were women: We are good in the kitchen, but we are killer in the front of the house.

I like cooking food, tweaking one dish until it is perfect and sharing it with a small group of friends, but I love looking at the big picture and putting food-related information, including recipe, in context to better understand society as a whole. As a blogger, building and participating in a community of food bloggers is more important than which dishes I blog about.

Rather than hone my culinary skills so I can provide a five-star dining experience for guests, I’d rather hone my ability to write so I can teach and inspire others to cook for themselves.

As the perceived authorities on cooking, women should dominate both the food writing and restaurant worlds, but Daphne Duquesne of Gastronomista points out that the media, despite being packed with women, has a lot to do with why female chefs are still thought of as a novelty:

As a community, our language is pigeonholing women into a secondary feminized role of Suzie Homemaker…Women exist in the culinary field, but the way that we are talking about them is shaping their role in the community. It inevitably comes down to something as fundamental as the different vocabularies we use to describe men’s and women’s cooking….The same Bolognese dish might be called, “ ‘in your face’, ‘rich’, ‘intense’, ‘bold’, while a woman’s plateful of the same could be described as ‘home’, ‘comforting’ fare, ‘prepared with love.’ The former becomes an aggressive statement, a declaration of ego, while the latter is a testament to home cooking.”

This is a careful reminder that, no matter who is wielding them, words can cut like a knife.

And for the women out there who’d rather wield knives than words, persevere. Your skills will slay those doubting culinary instructors, restaurant investors, fellow chefs and even food writers.

7 responses to “Why so many male chefs and female food writers?”