It’s easy to look at gender issues today and complain about the social inequalities that still exist between men and women. Women continue to make less than men for doing the same work. Child-rearing, house cleaning and cooking still ultimately fall on the shoulders of women, many of whom are not only working full time jobs but, in some cases, bringing home more money than their spouses.

We’re right to continue to push for egalitarian treatment and opportunities, but it’s also healthy to appreciate just how far we’ve come in a relatively short period of time.

If you need a reminder of how bad women had it less than half a century ago, check out Kathryn Stockett’s novel, “The Help.” The book winds together the stories of several African American domestic servants and the white women whose houses they keep and whose children they raise. Much of the book deals with racial inequalities, but it’s fascinating to read what life was like for both white and black women during this time.

Skeeter, the recent college graduate who eventually writes a book exposing the maids’ side of the story, is the only white woman in the book who has enough sense to know that the longstanding practices of discrimination and racism were unacceptable and that the country as a whole would soon be rejecting them as the norm. But she’s also facing pressure from her mother to put that college degree to work and find a husband.

This was 1963, right in the heart of the Civil Rights movement. Seems like an eternity to those of us who didn’t live through it, especially when you read Stockett’s descriptions of how fearful the black maids were that others would find out they were sharing their perspectives in a book and how the white employers treated their black housekeepers. They built bathrooms outside so the colored employees wouldn’t pass on their “diseases;” they took revenge on those who stood up for themselves by spreading lies of thievery; they barked orders and spoke to them as if they were stray dogs who happened to roam into the living room during bridge club.

(Stockett, who is white, isn’t the first person to write a book telling the maids’ story. Natalie Hopkinson has a good piece on The Root about why Stockett’s book garnered a movie deal with Steven Spielberg and the Blanche White series by African American writer Barbara Neely didn’t.) 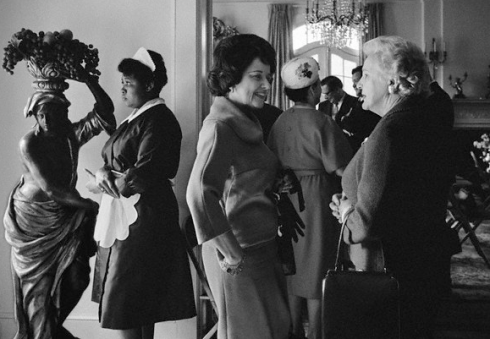 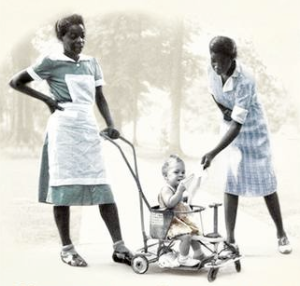 To put it in perspective, a baby girl born in 1963 would remember Neil Armstrong’s moonwalk and would have practiced Michael Jackson’s moonwalk as a 20-year-old. She might have been raised by an African American maid as a child, but her own small children would have the opportunity to watch an African American first lady appear with Elmo on “Sesame Street.” She would turn 47 this year, the same age as Betty Friedan’s “The Feminine Mystique.”

But by volume of the public outcry heard recently when a Muslim group wanted to build a religious center near ground zero and Congress came close to repealing the military’s “Don’t Ask Don’t Tell” policy, you can see how far we still have to go.

Stockett’s favorite line of the book is this: “We are just two people. Not that much separates us. Not nearly as much as I’d thought.”