PMS = free chocolate: Betty Crocker has an idea: Create an app that will track your friend/mom/sister’s period so you can know when to send them brownies! “When PMS looms, girls will get a coupon for a chocolaty Warm Delights dessert — and an alert that “that time of the month” is upon them…And guys get to be forewarned and forearmed too – with the same monthly alert and coupon for a Warm Delights® microwave dessert bowl. Our advice: hand the treat to her and step aside, man!”

Domestic v. domesticated: On Grist, Steph Larsen argues that “domestic,” when used to describe women who preserve food, garden and knit, could be replaced with “domesticated.” “You wouldn’t call (my partner) Brian ‘domestic’ because he insulated our attic or installed our shower, even though those tasks are every bit as related to our home,” she writes.

Don’t ask me: A British cookbook called “How to Feed Your Man” has, thankfully, stirred up some controversy. 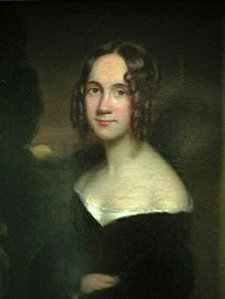 Giving thanks is a feminist value: Did you know that a 19th century feminist created Thanksgiving? (She also wrote “Mary Had A Little Lamb.”)

Does that mean they have to wear make-up? American Agri-Women are setting out to change the image of the American farmer by attempting “to put a more feminine, friendly and empathetic face on large-scale agriculture by using women farmers to appeal to suburban and urban grocery shoppers — most of whom are women themselves.”

Eating jewelry: Two British restaurant critics — one male and one female — reflect on how gender has affected dining patterns over the years. “Now that restaurant-going has become casual and apparently without gender bias, it’s hard to recall just how fraught with tension a dinner-date could be for a young woman,” she writes. “Ladies love scallops. It’s like eating fat jewellery (sic),” he counters when it’s his turn.

(Photo by Dan Burn-Forti for The Independent.)