Eating out: Women think about food more than sex, according to a study by a diet company picked up by Time magazine. This statistic doesn’t really bother me, but another number buried in the study does: 60 percent of women in relationships are not happy eating in front of their partner. Forty percent of women also say that they feel like they are constantly dieting. (I wonder, however, if they were to have avoided the word “diet” and said “consciousness about portion size and nutrition intake” that the number might be even higher. I never “diet” but portion size is always on my mind.) “Unfortunately it seems for many women that the food vs. sex battle is not a clash of pleasures — but rather a conflict of fears,” Hanna Jones writes.

Isn’t it interesting that we see all these images of women happily eating alone in advertisements and marketing and then a study comes out that says women don’t like to eat in front of their partners? I see a connection here. 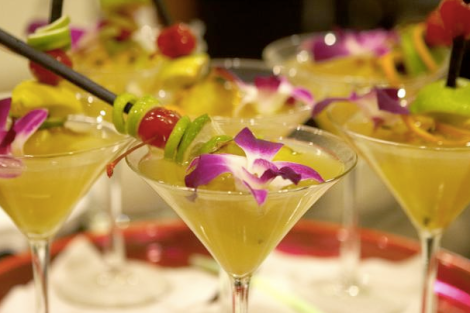 Just give me a beer: I was happy to see that my mother paper printed this Esther J. Cepeda commentary criticizing the way spirits are advertised to women. I hated that she used the Eva Longoria “Desperate Housewife” lead because Longoria is pitching a white wine, vodka and fruit juice concoction (gross!) called Nuvo. “It continues the years-long tradition of promoting alcohol to young women via mini-sized or brightly colored drinks,” she writes. Cepeda says comparing alcoholic drinks to fashion accessories is the problem because it will lead to excess and dead babies (by quoting a study that says more babies die of SIDS on New Year’s Day than other days of the year), but I’d go further so say that it’s the demeaning nature of the fact that marketers continue to think that women are only interested in fashion and drinks that are as sweet as candy.

Photos from David Sixt and The Hair Pin.