I consume podcasts in the way I once consumed magazines. 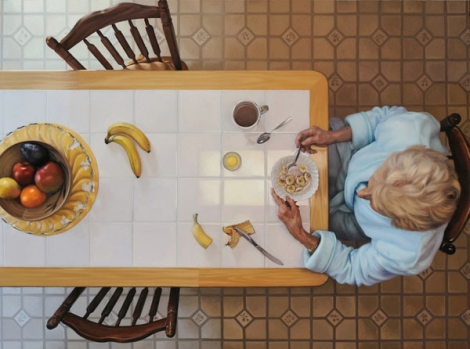 I still try to read books and stay up with a couple of magazines, but I listen to more than a dozen podcast shows a month, at least a handful of episodes every week. I spend more time than I realize driving and piddling around the house, two of the best times to knock out some great audio content. 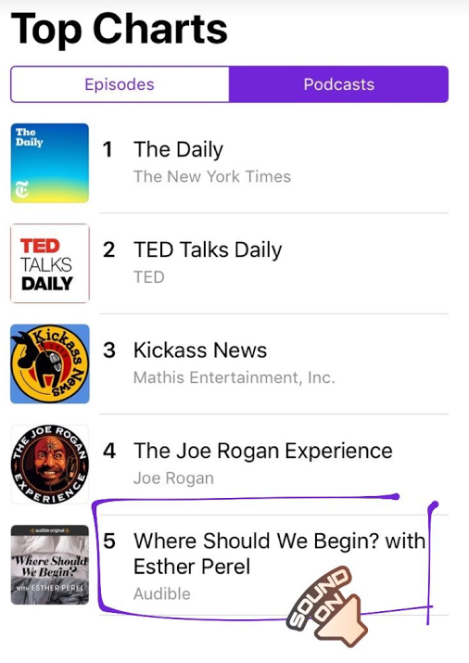 Esther Perel’s podcast is now in the Top 5 on Apple.

I’ve given up trying to listen to all of them, though. My favorites change every season, but I can find themes throughout. From “Modern Love,” I moved on to “Dear Sugars” and “Where Should We Begin?” (Esther Perel’s show is in the Top 5 right now. She was on our podcast last week!)

From “This American Life,” I binged on “Strangers” and “Snap Judgment.” When I want a comedy fix, it’s “2 Dope Queens.” I dabble in the bro-school podcasts from Chase Jarvis, Tim Ferriss and Joe Rogan, but I’m more inclined to hit “She’s All Fat,” “Good Muslim, Bad Muslim” or “Call Your Girlfriend.” If the kids are listening, we’ll turn on “A Way With Words,” “Tumble” or “Gastropod.”

I’m launching a wee mini series called “Listen to This Podcast” (catchy, right?) on specific podcast episodes that I loved so much I listened to them twice. Single episodes that really dug into a subject/story that resonated with me and that I think you might like, too. 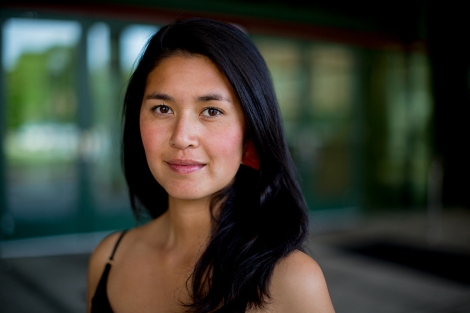 Because I was just writing about what it was like to be a millennial mom, I figured I’d start with one of my OG podcast loves, “Millennial” from a Maine-based radio producer named Megan Tan. Specifically, episodes No. 13 “Long Distance Love Story” and episode No. 38 “We Grew Up Here.”

Many of the episodes are intensely personal, but as the show went on, she told other people’s stories, too, including that one about the long-distance friends who became lovers and got engaged at a Florence and the Machine concert in Germany.

Even though she’s a bit younger than me and in the beginning of her career, we cried about the same things: making big career leaps, saying hello to new adventures with her boyfriend to Cuba, and, most memorably in that episode No. 38, saying farewell to a childhood home.

I loved the warmth of Megan’s narration, the intimacy of the subject matter, the generosity she gives herself and others around her. The show was about becoming an adult “in real time,” and though my story looked quite a bit different than hers, I felt many pangs of empathy throughout the series, especially when she announced — in episode No. 47 — that she was shuttering it.

I understood why. It had consumed her life during several pivotal moments. She was burned out.

In the farewell episode, she explained that the emotional exposure that came with having the show was too much to bear. I feel that pain, too, but even millennials who don’t have public-facing jobs are part of this generation of Americans that has had access to all the technology and all the feelings, all at once, for their entire lives. That’s too much to bear.

I’m glad she knew when to pull back and pursue another direction, especially so thoughtfully and in such a public way.

She never failed to give millennials a good name, even in her exit.

Error: Twitter did not respond. Please wait a few minutes and refresh this page.