Before online dating, I didn’t think it was possible to drown in a sea of fish.

Way back in 2016, I finally jumped on the internet to try to find love. As the mom of two kids, it was scary.

Only now, a year and a half later, do I feel somewhat ready to write about it. Here’s the short of it: I’m a millennial who spent my 20s raising babies and trying to save a marriage. I’m a fixer by nature (well, by nurture, but more on that in another post), so that arrangement suited me well until I realized how miserable I was overfunctioning every day of my life.

Two years into divorcehood, fresh off a break-up and armed with life-changing words from mentors like Brene Brown, I was ready to meet some new possibilities. (Too bad I wasn’t already into Esther Perel by then.)

I bravely wrote up my profile on Bumble. I tried to showcase my best self, as authentically as possible, without oversharing or appearing too needy. I picked appropriately attractive photos that showed how adventurous and likable I was. I played the #coolmom card because I was looking for a #cooldad. Like attracts like, so I better be honest, I thought. 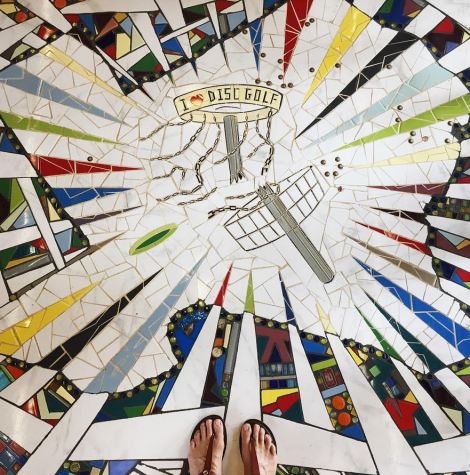 After one week on Bumble, I swiped through every available user in Austin. The following week, I had lunch or a happy hour with a handful of them. The following week, I went on OK Cupid and did the same thing. It was a roller coaster messages and texts every single day I was on it, not because I’m extraordinary, but because that is the norm of online dating in Austin. People hustle for all kinds of things, including love.

I love roller coasters, it’s not one that I’d eagerly get in line to ride again. Let’s get the bad out of the way: Online dating doesn’t make you feel great about being a feminist. You’ll get creepy messages, guy will get mad if you put up a firm no or challenge them in any way. That makes it easy to find somewhat good candidates, but then a half of them go silent unexpectedly.

There were some genuinely good people, too. I put my self-confident, self-sufficient single mom foot forward and quickly met dozens of potential suitors, which would have taken months to do by going out and doing things in real life. Thanks to that online connection, I “met” single dads in Buda and shy computer nerds who just moved town. It was speed dating, via emoji.

Throughout the entire process of looking at profiles and deciding whether to reach out, I tried not to forget that these guys weren’t objects. They were people with many years of history and human experience leading them to this moment where they, too, are looking for love, affection and maybe even relationship. I was saddened to find out that so many of them were stuck in the trappings of “being a man” where they couldn’t be in touch with their innermost selves. To put a food spin on it, they hadn’t unpacked their own groceries before hitting the supermarket again.

I spent a week on each app, followed by a week of IRL dates to see if the connections were worth pursuing. I stuck to my guns about not playing any dating games. I said what I meant, I meant what I said and I didn’t hide behind half-truths.

After just a few days of experiencing the intensity of online dating, I knew I wasn’t going to be able to sustain that kind of emotion exchange for long.

Most of those dates, I knew within a few minutes that they’d be the last. Not because they weren’t good people but because we weren’t on the same page or the right timing. The crash course in dating heightened my savvy about sizing people up. I tried to do so free of judgement, but I also owed it to myself to notice a difference between what people said and how they behaved and to trust my gut if something didn’t feel like a good fit.

After all was said and done, after thousands of swipes, hundreds of messages and at least a dozen dates, I met two guys who felt like real options, even though they both struggled with alcohol and self-worth and commitment issues but weren’t ready to deal with them.

Both were recently divorced and covered in tattoos. One had a kid. They could communicate their emotions well and had a similar passion for living a really awesome life. It felt nice to be interacting with men who appreciated me for my whole self, quirks and qualifiers included, but in the end, neither of them were really ready for relationships.

I think their unreadiness was really my higher power’s way of saying, “You’re getting closer, but this isn’t it.”

In August, I got a knock on my door. My proverbial door, and then my literal one. A friend I’d known for 10 years had been harboring a crush on me for some time but hadn’t felt ready to speak up about it until late one Sunday night.

When we reconnected, I had just gotten back from my Sweden trip and was living my very best life for me and my kids, not anyone else. I’d stopped online dating in the hopes that the universe might provide on its own.

Thanks to another form of technology — regular ol’ Facebook — he had been able to watch our lives from a distance and make a move when he was ready to express his interest.

There were emojis involved, but lots of real emotions, too, and it all started because he was brave enough to reach out and speak a truth about his feelings that were based on who I was as a person, not how I looked on a dating profile.

All these months later, I still think about the mechanics of dating. What makes people drawn to one another, and how the exchange of intimacy works. Online dating throws the craziest new energy into that process.

As always, I’m grateful for the experience and the chance to build a muscle I never felt like I had, but if anything, I fear our collective swiping muscles have grown a little too strong. The allure of trading up is killing otherwise good relationships. Our expectations can grow, unfettered, in the sea of possibilities.

Each swipe reminds us that there are other fish, and it’s a double-edged hook, for sure.

One response to “Thanks to online dating, I know what it’s like to drown in a sea of fish”